“EUROPEAN AWARD” is the international construction contest, which is unique undertaking in the Europe. The EA Contest has an idea of selection, promoting and rewarding of valuable new constructions, overhauls, renovations etc. 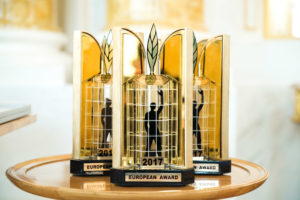 The prototype of The EA Contest is the Polish Competition “Modernization of the Year and Construction of XXI century” with 24 years of tradition. 598 objects and 1794 participants – institutions, local governments and companies from 5 European countries participated in the last edition of the Contests.
The EA Contest supports and motivates investors, local governments, contractors, architects, designers and awards their joint efforts as a common work of all entities participating in the construction or modernization project. This is how the “European Award” Contest stands out among other projects addressed to only one group, e.g. architects.
Participation in the EA Contest is the exchange of experiences, new business contacts, development of regional policy and small homelands.
Projects / realizations have to be done from last 2 years.

Awarding Gala Ceremony traditionally takes place at the Royal Castle in Warsaw every year, which is  graced by the concert of “Śląsk” Polish National Song and Dance Ensemble in memory of Stanisław Hadyna.

Who can participate in the EA Contest:
– Investors
– Contractors
– Architects
– Designers
In addition, objects can be indicated by local government, city mayors, institutions, associations, developers, anyone who cares about the good of the region and the achievements of the community.

What objects can be submitted and can enter the EA Contest?

Contest establishes cooperation with institutions, universities, embassies and ministries from European countries, which contributes to the project support and possibility of constant development.

If you want to apply to the Contest, please visit – How to take part
If you would like to check the Polish Competition “Modernization of the Year and Construction of XXI century” please visit –  www.modernizacjaroku.org.pl 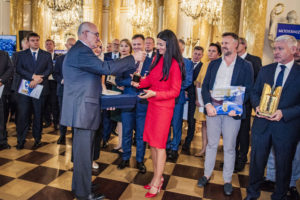 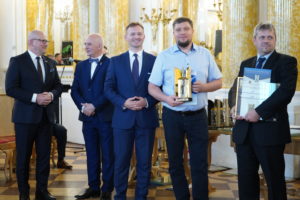 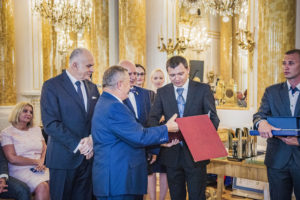 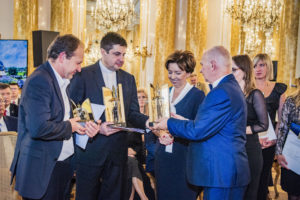 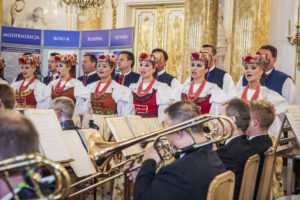