Reconstruction and extension of the multifunctional building Wűrth, Bratislava, Slovakia

Würth’s headquarters is part of an industrial site in Bratislava’s Rača district. The building is located on the northwest corner of the block, defined by the streets Bojnická, Pribylinská and Staviteľská.
Entering

As the basis for the new headquarters of the Slovakian headquarters, the original corporate building was used, which has undergone a major reconstruction and modernization. The building construction company (sales of assembly material, machinery and tools) had a clear idea of ​​the new headquarters standard. “The task was to create a representative company headquarters that will meet the demands of a modern building closely linked to the exterior greenery. The emphasis on the use of alternative energy sources was also important, ”explains the architects. 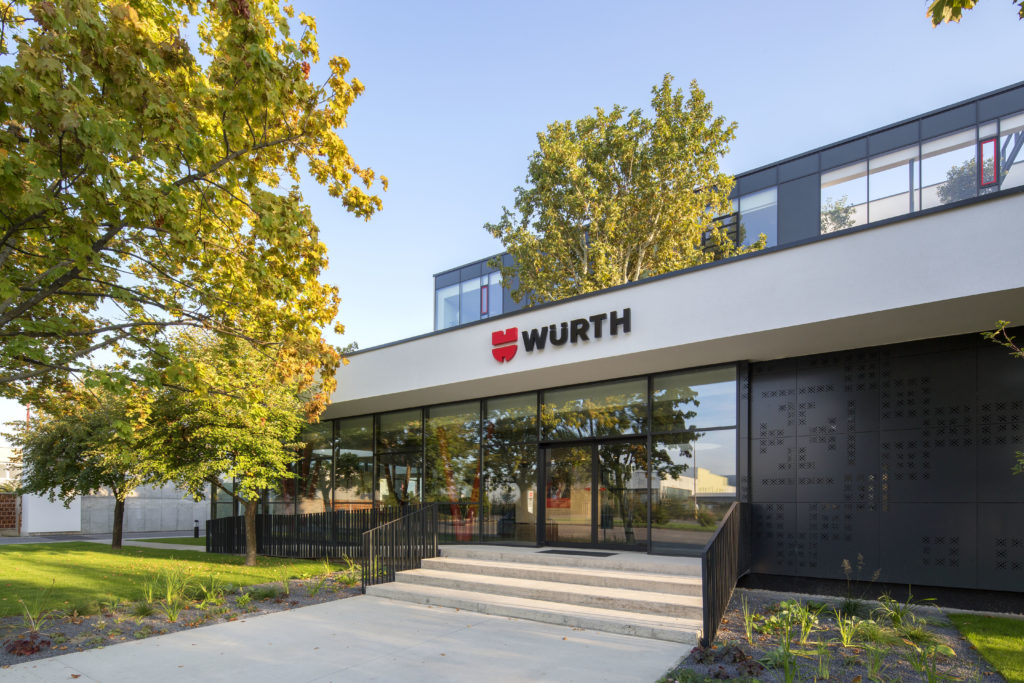 Reconstruction and extension of the multifunctional building Wűrth, Bratislava, Slovakia 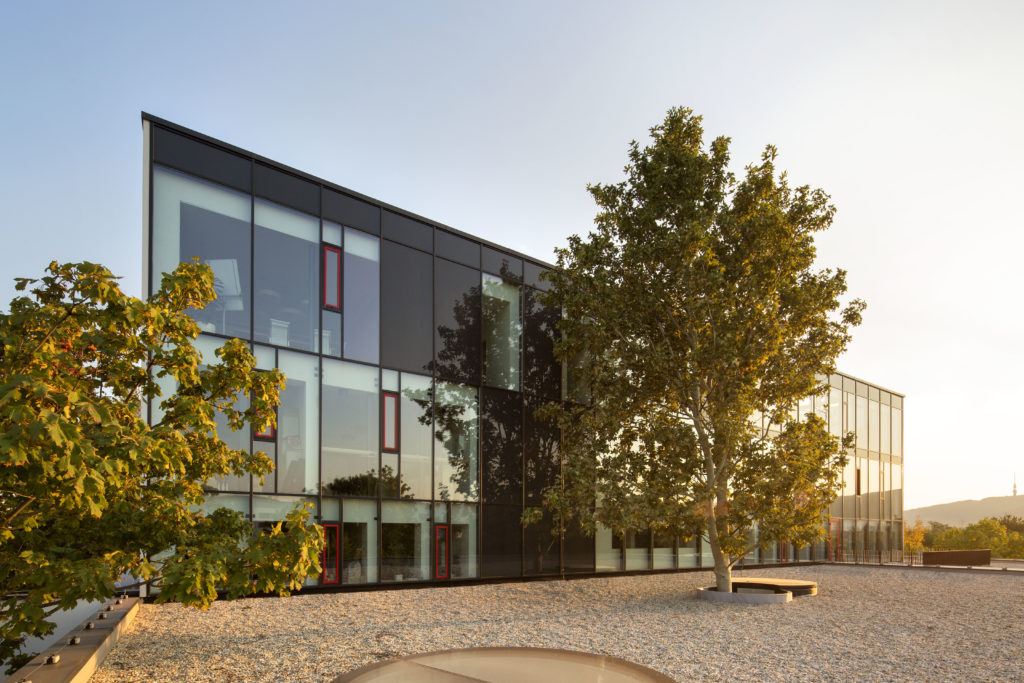 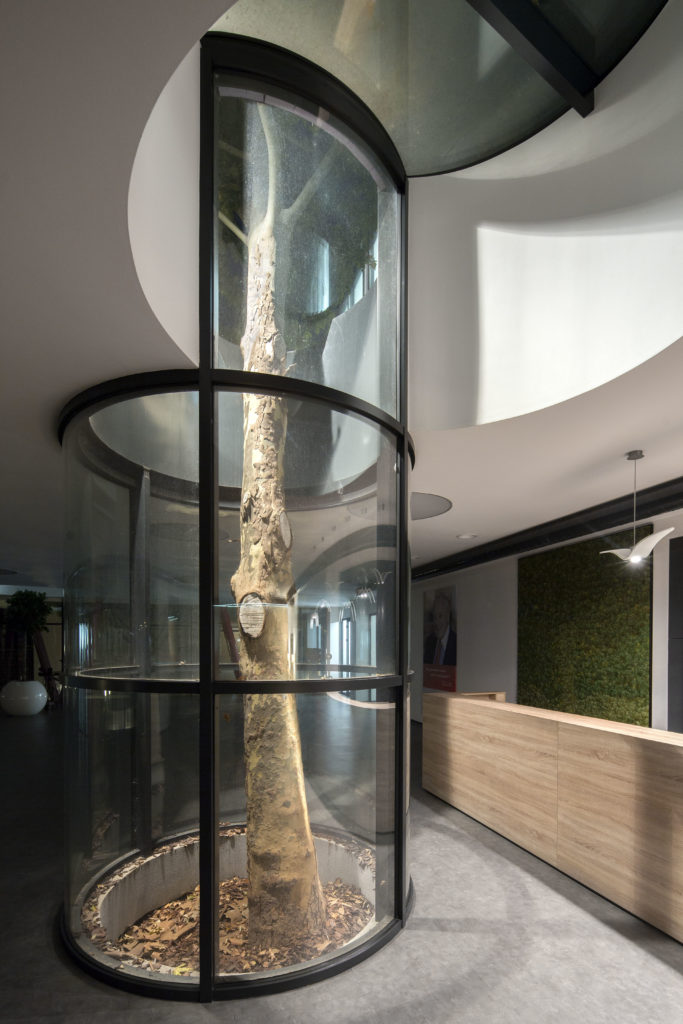 The tree passes through the hall directly in front of the reception desk. 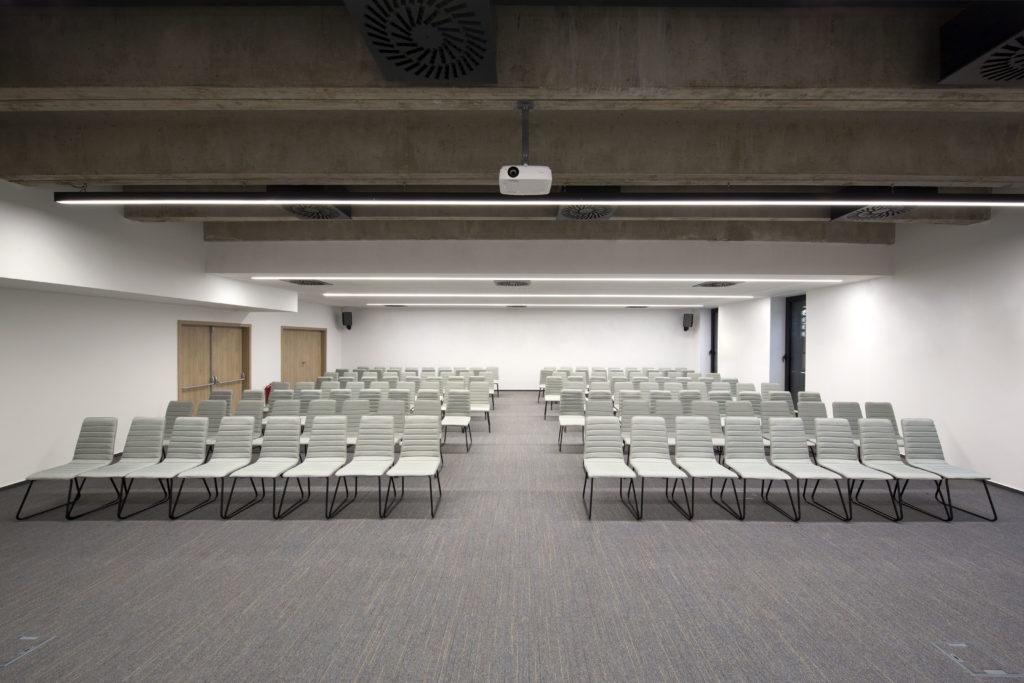 The congress hall with a capacity of 100 listeners is directly accessible from the reception. 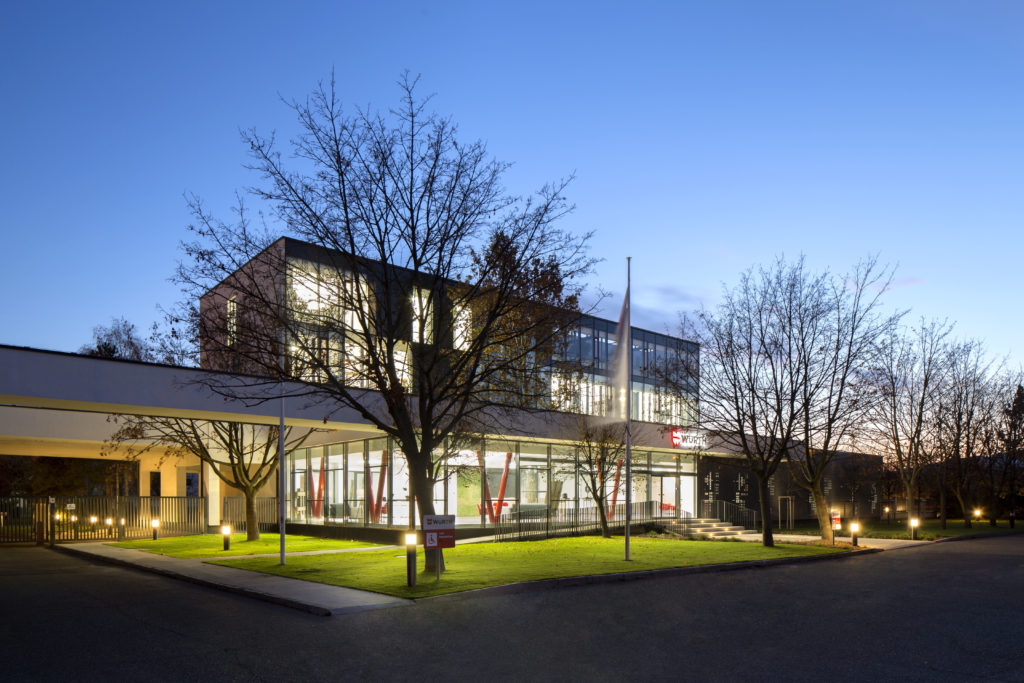 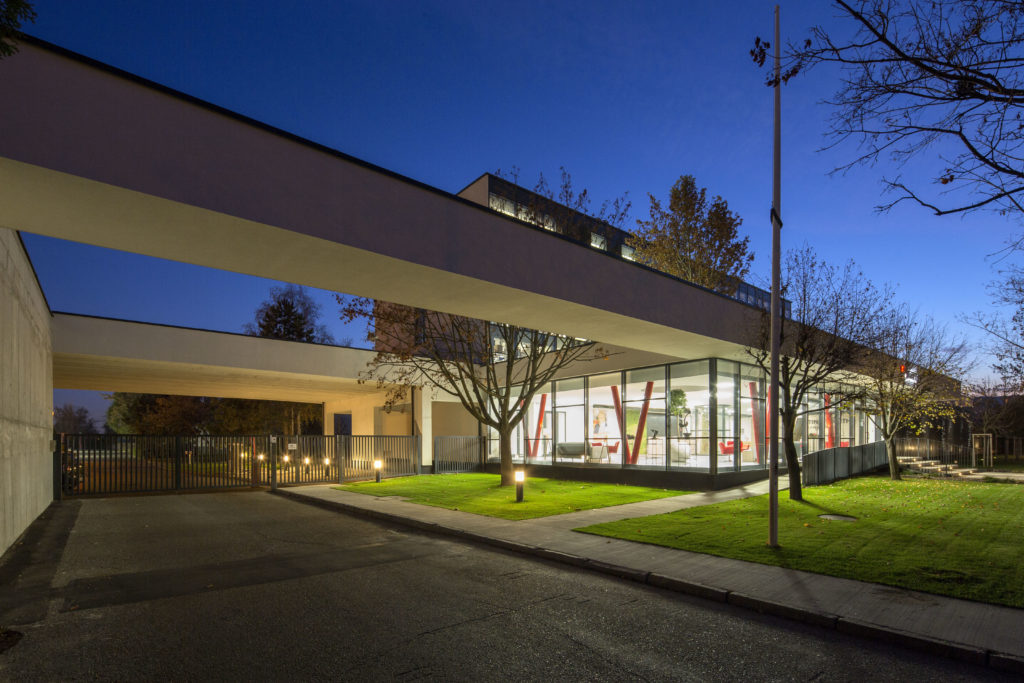 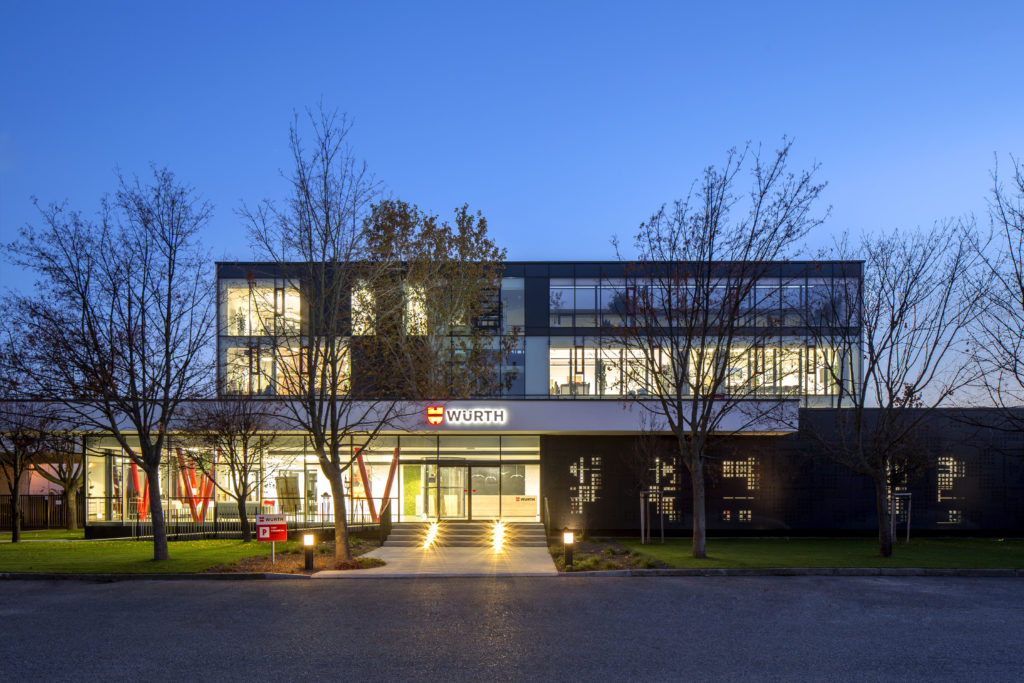 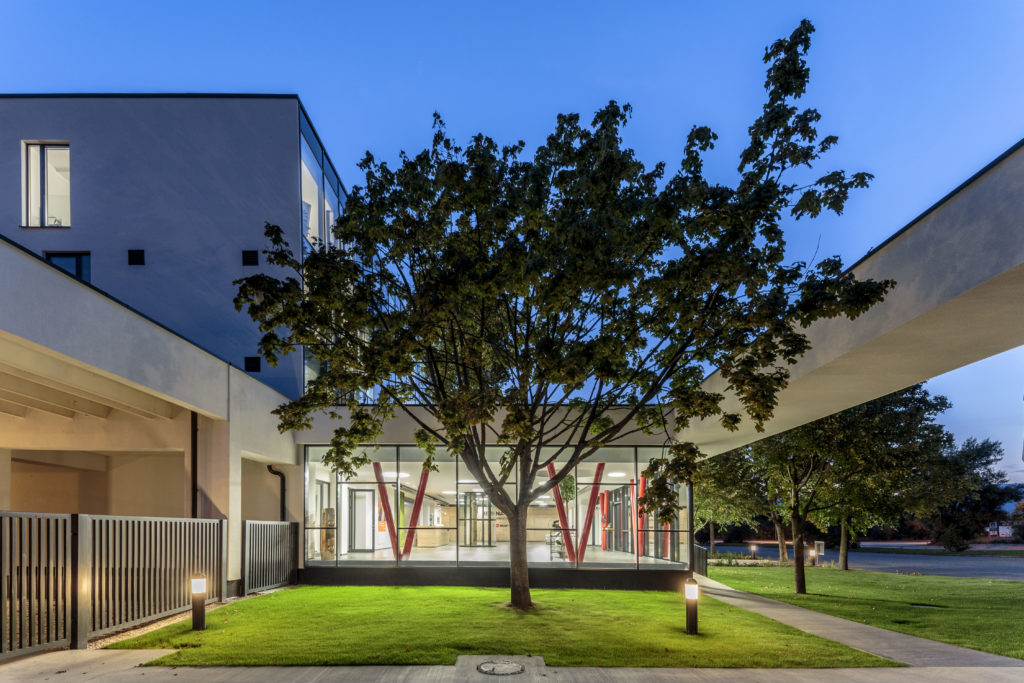 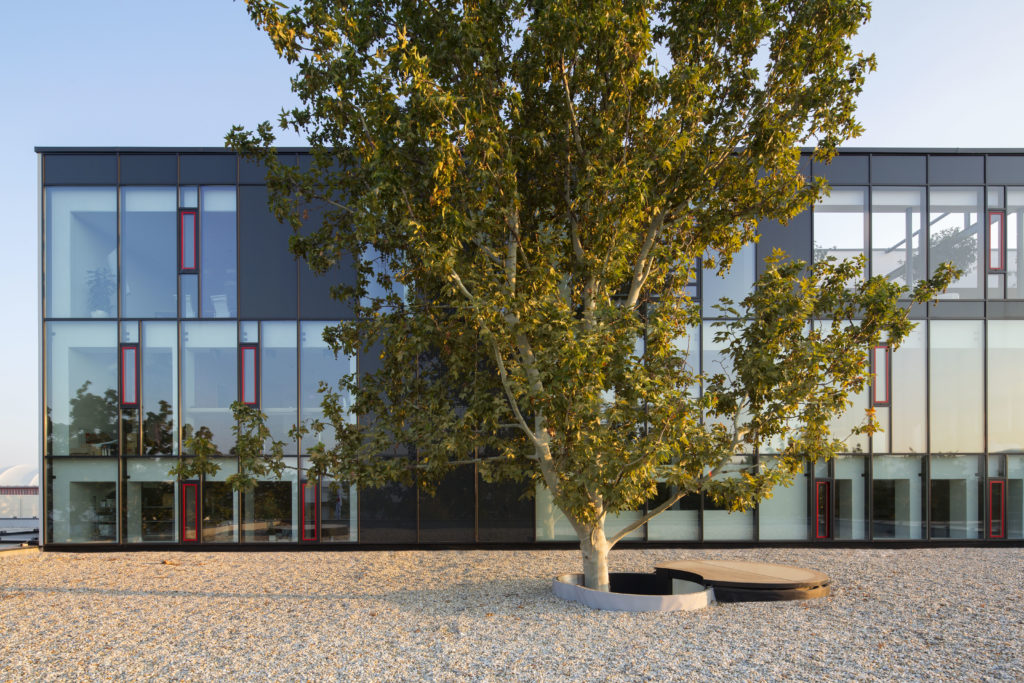 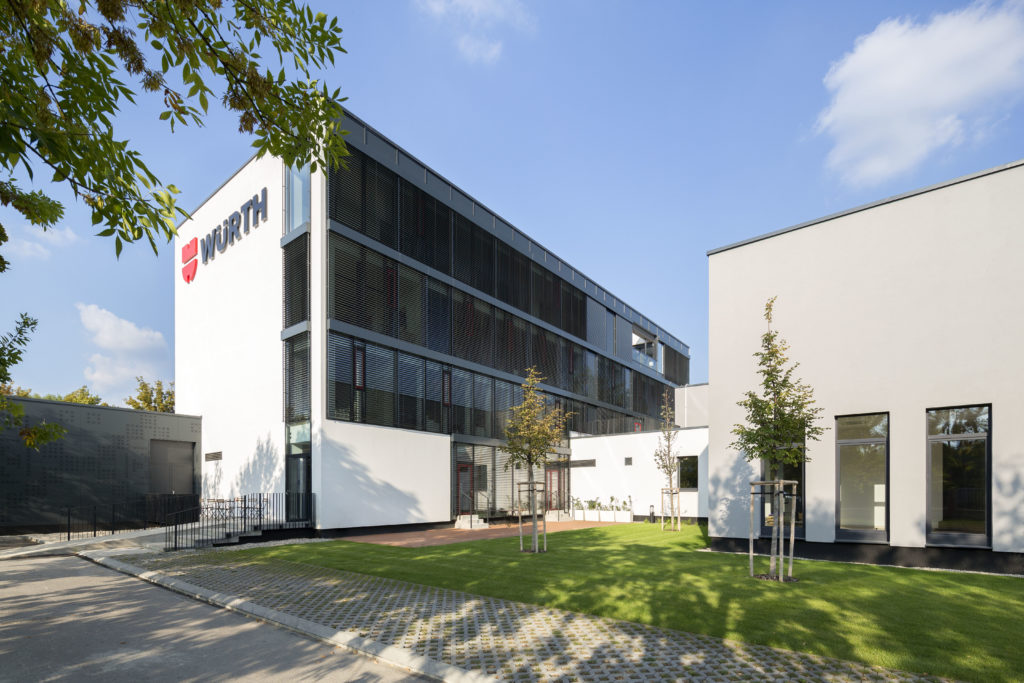